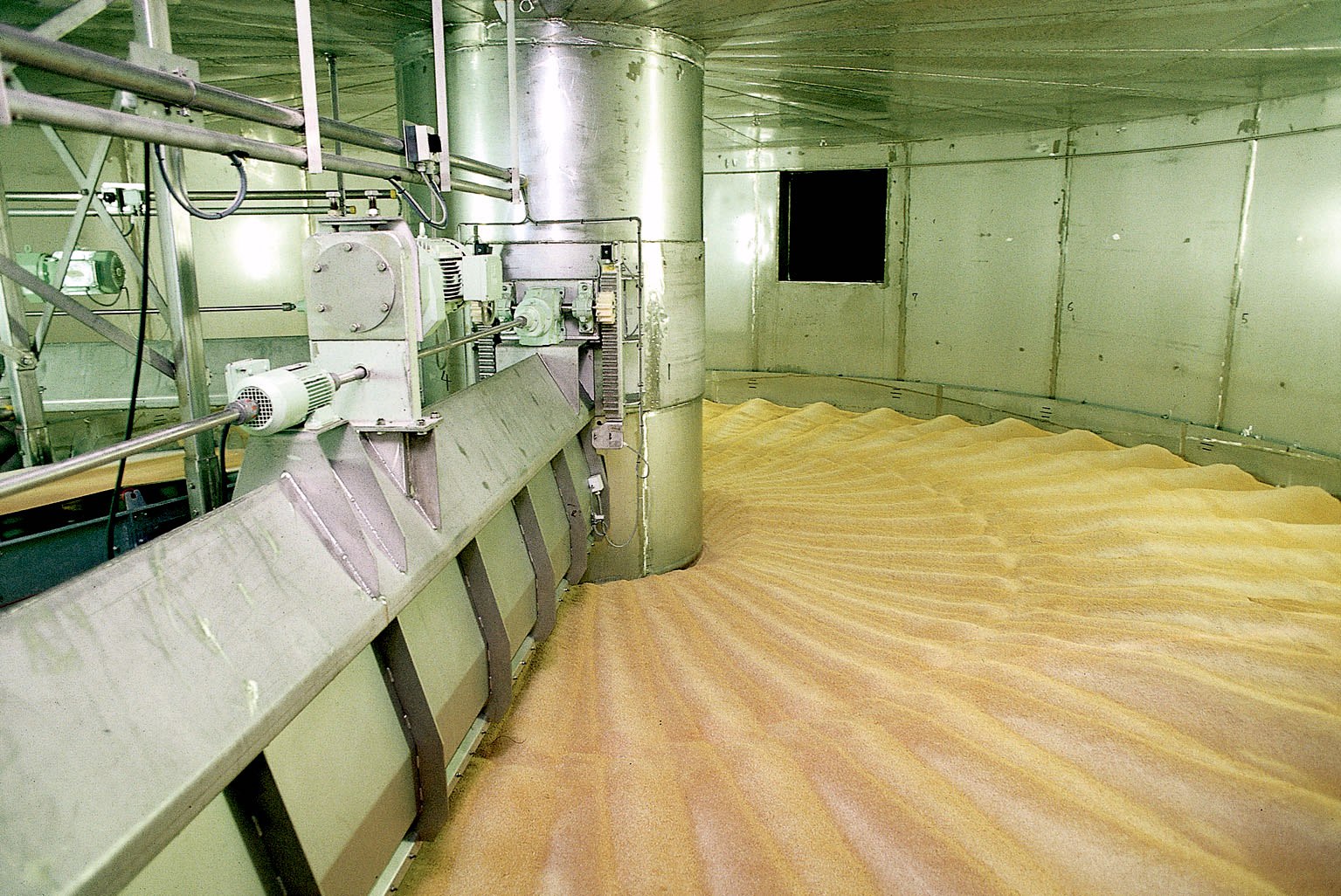 In the seventeenth century, soy sauce was produced completely by hand and was extremely difficult work. Today, soy sauce is produced in highly automated plants using cutting-edge technology – yet the core process of natural brewing hasn’t changed for centuries.

Since its foundation Kikkoman has been using its original Kikkoman Aspergillus, a type of fungus, to propagate koji mould. Koji mould is one of the most important elements in making soy sauce. It plays an essential role in fermenting the ingredients, which is the key to the taste of soy sauce!

Kikkoman’s Aspergillus is mixed with processed soybeans and wheat, and then moved to a facility that provides the optimal environment for propagating koji mould. This three-day process results in the production of shoyu koji– the essential base of soy sauce.

3. Fermentation and aging of moromi

The shoyu koji is moved to a tank and mixed with the salt-and-water solution. This mixture is called moromi, a kind of mash, which is then fermented and aged in the tank. It takes several months.

Soy sauce is pressed from aged moromi. During pressing, the moromi is poured into special equipment and strained through layers of fabric, with each layer folded into three sub-layers. After allowing the soy sauce to flow out of the moromi under the force of gravity, the moromi is mechanically pressed in a slow and steady process lasting for about ten hours to produce beautifully clear soy sauce.

Soy sauce pressed from moromi is called “raw soy sauce”. The Kikkoman plant is filled with a sweet scent resembling fresh fruit: this is the aroma of raw soy sauce. Raw soy sauce is left in a clarifier tank for three or four days to separate into its various components, with oil floating to the surface and sediment settling on the bottom. The clarified soy sauce is then run through a steam pipe to heat it. This process also halts the activity of the enzymes to stabilise the quality of the soy sauce and it serves to adjust colour, flavour and aroma.

The heated soy sauce is bottled automatically. Kikkoman implements meticulous quality controls and inspections at every stage of soy sauce production to ensure that the highest standards are maintained. Inspectors analyse the ingredients and check the colour, flavour and aroma of the soy sauce. Kikkoman’s stringent quality control system enables it to maintain the consistent and outstanding quality of its sauces.

Only soy sauce that has passed all necessary inspections is released into the market  Thanks to this meticulous process, Kikkoman Soy Sauce – containing only natural ingredients – is delivered fresh to your table.

Kikkoman strives to contribute to improving the dietary lives and health of people worldwide with our safe, high-quality products and services.